When we first arrived in the Netherlands, fresh off the plane, exhausted and bleary eyed, with everything we expected to need for three+ years of life crammed into four heavy suitcases, we must have looked like deer in the headlights.

We couldn’t get the train ticket machine to take our credit card in the bustling train hall (a common problem in the Netherlands, we would come to find out), solved, eventually by getting a ticket from the agent at the ticket counter.  (As we had heard before arriving, the Dutch are impressively fluent in English – which for all intents and purposes makes life quite easy for an English-speaking expat or traveler!) Then, again with the help of the ticket agent, we managed to find the next train to Utrecht (our port of call) and hauled our heavy bags on board.

Clearly still confused, we were rescued from getting off at the wrong station by a friendly music student on her way back to Utrecht University for fall classes. In Utrecht, she kindly pointed us in the direction of a taxi, which drove us to get the keys to our apartment, and finally to our first Dutch home.

It was a lovely cozy apartment, managed by the university, under the eves of an old building on the park-like, liberal arts campus. It had slanted ceilings and exposed beams, painted white, and the bed was in a loft accessed by a very steep set of stairs set over the counter in the tiny kitchen. It was furnished entirely in Ikea (pronounced Ee-kay-ah, in Europe!), just like every other place we have lived since!

This was our first experience in a Dutch kitchen, with their teeny, tiny refrigerators and their ‘combi-ovens’ (a mutant microwave/convection/toaster oven that often replaces a full-sized oven when, as it seems to happen in the Netherlands, you do not have much use for one!) It was also our first time in a while making do without a dishwasher, but we enjoyed the adventure of making it all work.

On that first day we walked the mile or so to the closest grocery store (which thankfully took credit cards!), muddled through the purchasing experience in awkward English, and carried our heavy bags of groceries back to our new home.

In those first few weeks we ate a lot of pasta and sauce, adding some of the pre-chopped Dutch vegetables, and vegetarian

schnitzel, fried on the stove. We also tried some of the plentiful Dutch dairy products: (kwark (yogurt), pap (porridge), vla (pourable Dutch pudding)) and started exploring the various types of delicious Dutch cheese…excellent for, among other things, grilled cheese sandwiches (known as toasties, in the Netherlands – and truly found everywhere!)

We had also been on a big kale salad kick before we came, and after a bit of google translate realized that although we could not find bunches of kale at the store, they DID have copious amounts of shredded kale, called boerenkool (or ‘farmer’s cabbage’) in bags…pre-prepared for mixing with mashed potatoes in the Dutch cuisine of stamppot…so we ate quite a bit of this in our salads as well.

Being a bit outside of the city center and a significant distance from Phil’s work and the store, our next order of business was to get bicycles, which are definitely the primary mode of transportation here, especially in the city center of Utrecht. Having read up on this process, we looked up the most easily accessible used bike store, and took the bus there on a Saturday morning.

The store was on a relatively busy street on the way downtown, but did have a decent selection of used bicycles to choose from. Leaving our identification as collateral, we were able to take some of them out for a ‘test ride’…immediately understanding that bicycling here was, indeed, a whole new level of serious. We tentatively teetered out into the busy Saturday bike lane, getting more than a few impatient rings of bicycle bells as we got used to the rules of the road and these classic ‘Dutch’ bikes – heavy tanks with rusty fenders, one speed, and backpedal brakes, like something Timmy would ride to race after Lassie!

Not very brave or familiar enough with backpedal brakes, especially in such busy traffic, I ended up opting for a lovely dark blue and green Batavus that even sported a few gears that worked reasonably well. Ringing in somewhere around 120 Euros (and not requiring any insurance…or gas!) it was an immensely cheaper form of transportation than the old trusty, rusty, well-loved ’95 Subaru wagon that we had sold before we moved!

On that first day we bought locks and bungee cords for the racks on the back of the bicycles and peddled cautiously back home, before heading out for a much more efficient ride to the grocery store. Our first bicycle ride back with grocery bags was less than graceful, but we managed not to drop anything – and conveniently the small amount we could carry was just enough to fill our tiny fridge!

Moving to the Netherlands – the nitty-gritty

Our next few weeks and months were a combination of the exhilarating adventure of living in a very new place, and the somewhat frustrating, snail-speed tour of the bureaucratic process implicit in moving to a new country. Fortunately or unfortunately, everything hinged on receiving a ‘BSN number’ – the Dutch version of a social security number that is absolutely necessary for everything from opening a bank account, to signing a cell phone contract, to receiving a paycheck(!)

It was during this time that we realized how different the Dutch system of payment is from what we were used to…credit cards (and their high seller fees) are frowned upon by the frugal, prudent Dutch, and they have their own electronic system of payment that connects a card to your Dutch bank account. There is no credit card swiping or signing, but instead you tap or plug the chip on your card to the machine and enter your four-digit pin number to approve the sale. Supposedly this is more secure, and more U.S. credit cards seem to be moving to the chip system, though I am not sure why! (If anyone knows more, let me know in the comments!)

At any rate, this is all quite convenient if you have a BSN Number (and subsequent Dutch bank account) but until then, all of this meant that life and money were a bit complicated for those first few months. We found the few places in town (often the more touristy ones) that took credit cards, and withdrew cash from our savings at the ATM to pay for most things (definitely not ideal, but necessary, and meant that having savings to draw from was important!)

Again, the Dutch command of English made our lives considerably easier through this whole process, and to be honest I can’t imagine how difficult it must be to move to a country where you cannot communicate with the authorities. Of course it was a lesson in patience, and in understanding that other

countries have their own established ways of doing things that are not necessarily the way that your county does them – something that has really been a running theme throughout our time here.

It took quite an investment of time – collecting documents, taking numbers and waiting in offices around the city, but slowly and surely we registered with the authorities, received our BSN numbers in the mail, signed up for a bank account and health insurance, and finally got paid! After what felt like such a long process (perhaps 1.5 months in all) it felt like a real victory to be legal, functional members of society. 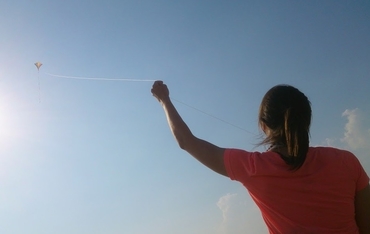